HEAT3D has been successfully tested in the unique Energy House facility at Salford University and proved to measure heat flow accurately. The Energy house is the only fully climate controlled research facility in the world. 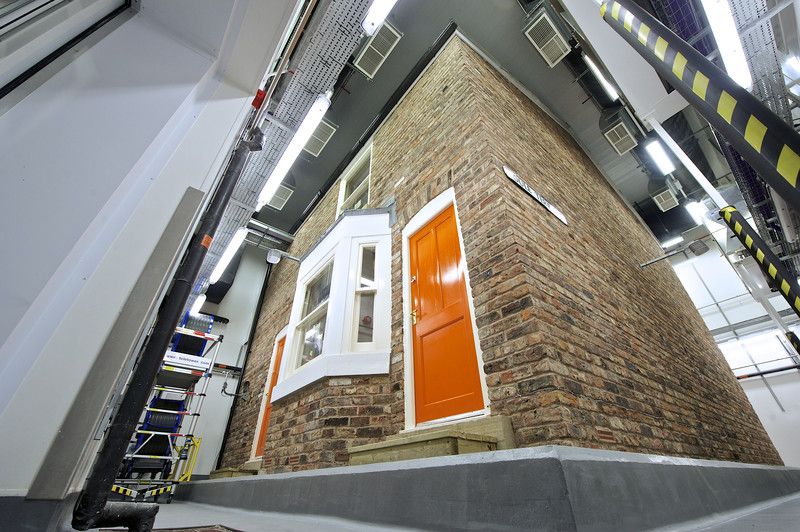 The test walls were massively instrumented with calibrated Heat flux plates and thermocouples so HEAT3D’s results could be compared with the standards based values using current best practice ( ISO 9869 parts 1 & 2).

This is a HEAT3D thermal model captured from one of the surveys. You can view it in full AR mode in Safari on an iOS device with iOS 12 or later. Just tap on the the image to launch the iOS AR viewer.

Several significant novel improvements to the initial HEAT3D apparatus and method were made based on the experimental results. HEAT3D was then re-tested. The graph below shows the comparison between the heat flow measured by conventional heat flux plates (blue) and HEAT3D surveys (orange ) over a 2 week period with the Energy House driving varying heating and temperature regimes including a very artificial sunny day right at the end where the heat flow went negative. HEAT3D’s measurements tracked perfectly.

HEAT3D is an innovative quick and inexpensive way to measure heat flow and U values of buildings.